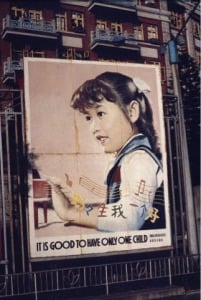 Today is the 34th anniversary of the official institution of China’s barbaric One Child Policy, which has caused incalculable suffering to hundreds of millions of women and families of China. It is time for this policy to end.  It will not work to replace it by a ‘two-child policy’ as some of your advisors may be suggesting.  Rather, the One Child Policy should be eradicated from the face of the earth, because it has caused more violence toward women and girls than any other official policy on earth, and any other official policy in the history of the world.  Your government has boasted that it has “prevented” more than 400 million births through this policy.  These births have been prevented through forced abortions, involuntary sterilizations, confiscatory “terror fines,” gendercide and infanticide – all in violation of international human rights law.

The One Child Policy causes more violence against women and girls than any other official policy on earth.

The One Child Policy is China’s war on women.   Any discussion of women’s rights, or human rights, would be a charade if forced abortion in China is not front and center.  It does not matter whether you are pro-life or pro-choice on this issue.  No one supports forced abortion, because it is not a choice.  Here is a video in which former Secretary of State, Hillary Clinton, strongly condemns coercive family planning in China.  http://www.womensrightswithoutfrontiers.org/index.php?nav=hillary_clinton

In the past year there has been much suffering caused by the One Child Policy.  We are aware that the cases that make it to the West are just the proverbial tip of the iceberg.  For every family that posts their experience of heartbreak on the internet – and thereby risks persecution by the Chinese Communist Party — there are thousands or millions who suffer silently.   This year, we have seen a tragic rise in murder and suicide associated with the crushing “social compensation fees,” which can cost up to fourteen times a person’s annual salary, an amount the vast majority of Chinese citizens cannot afford.  If the parents are unable to pay these “terror fines,” their children will be denied “hukou,” or household registration.  Without hukou, children are ineligible for healthcare or education.  They become illegal aliens in their own land. “Chinese Mother, fined $54,200 for Flouting One-child Policy, Sues Police.” http://www.voanews.com/content/reu-chinese-mother-fined-54200-one-child-policy-sues/1803992.html 12/5/13 Reggie Littlejohn is Founder and President of Women’s Rights Without Frontiers, an international coalition to expose and oppose forced abortion, gendercide and sexual slavery in China. Reggie also led the international effort to free blind activist Chen Guangcheng, who arrived in the United States on May 19, 2012.  She and Chen Guangcheng appeared together on a Voice of America broadcast on January 31, 2013.