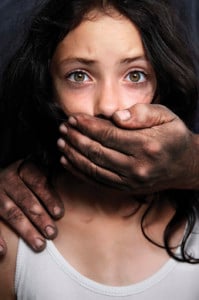 Sex trafficking occurs more frequently in America than many people assume, and takes form in diverse ways and areas throughout the country.

One of the problems that sex trafficking victims face lies in the justice system, which does not differentiate the victims from commercial sex workers. Commercial sex workers, or prostitutes, are adults who to choose to sell sex and receive part of the payment, while most sex trafficking victims are forced into the crime and do not receive any payment for themselves.

Another problem victims face may be that even when they are released from exploitation, many of them, especially children, revert back to being enslaved. This is because immediate treatment and distribution of basic necessities, such as food and clothing, are not easily accessible.

Even California, one of the most active sites in the U.S. for such crimes, has enough shelter space for barely 0.1% of the 100,000 women and children who are sexually exploited in the United States. With such limited resources, many victims are unable to break out of their dependency on the traffickers for daily survival.

In order to attack these problems, Scheibal and Kerry Forbes created an organization called Napa Valley Resolved to End Sexual Exploitation and Trafficking (NVRESET), which joined hands with New Day for Children to plan a “safe house” in Napa Valley. This safe house would shelter girls in California, ages 10-18, who had been sexually trafficked.

The goals of the safe house would be to provide the girls with necessary resources and therapy to overcome their past and start anew. The girls would be provided with food, shelter, medical and mental health care, and education through the program. Such resources of supportive community and therapy are critical in allowing victims to recover from the oppressions they received, and in making sure that they are able to correctly adapt into their new lives of freedom.