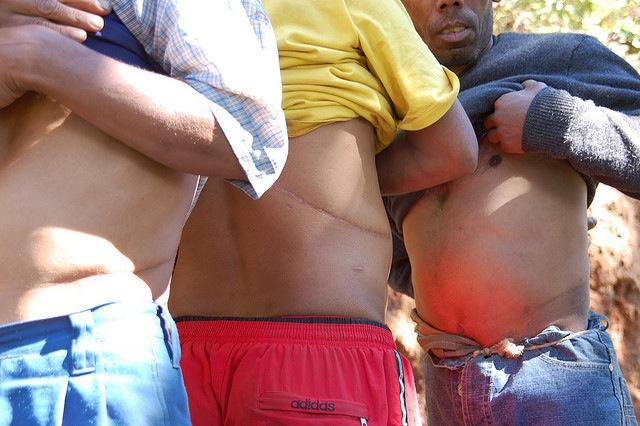 Human trafficking in Vietnam is increasing at an alarming rate according to Minh Hung in his article “Kidneys, newborns, wives for sale: Human trafficking on the rise in Vietnam.” “From 2011-2015 [there has been an] eleven percent increase” in Vietnamese human trafficking cases. In reaction, six provinces in Vietnam and officials from the Ministry of Public Security came together in Ho Chi Minh City to deliberate the issue at large. There are several target populations in Vietnam both geographically and socially that generally have higher rates of trafficking such as northern regions of Vietnam (Lao Cai, Lai Chau), women, children, and unemployed, poorly educated people. They are used for a plethora of unlawful actions not limited to forced labor and marriage. Hung also reported that organ trafficking was another serious issue discussed at the conference, where “last year, thousands of people in Hue sold their kidneys to traffickers.” Often, illegal procedures to remove kidneys leave victims in poor health. As a call to action, “social affair agencies” have partaken in “reintegration programs, vocational training, medical treatment and legal consulting” to aid the thousands of trafficking victims in Vietnam.  Because this issue will take a span of years to resolve, a 5-year plan has been drafted to “tackle” human trafficking.

Luis Gay is an undergraduate Biology major and Chemistry Minor attending the University of San Francisco. Coming from an impoverished background, Luis aspires to make change through advocating health and aiding low-income communities.