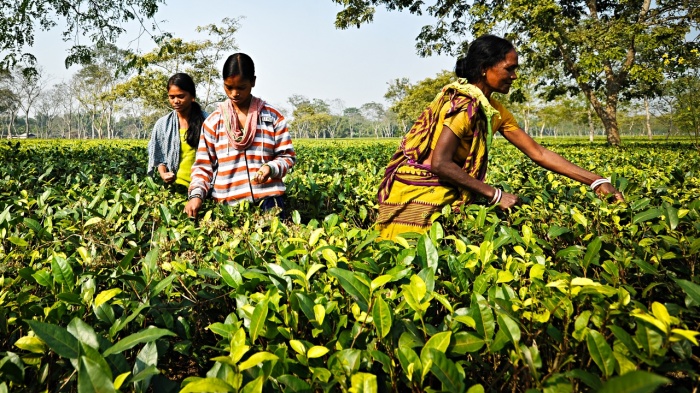 Tea plantation owners of India make billions of pounds annually, due to the booming business in the industry. Ironically however, while the owners are making fortunes, the workers earn less than the official minimum wage for their labor. This is because the owners have used the size of the industry as an excuse for asking the state to give them leeway in the wage they pay their workers, creating an environment not much different than slavery.

In the cities of India, such as Delhi, there is a large demand for domestic workers in the growing middle class. These two different circumstances of the plantations and cities nurture the perfect condition for human trafficking, as girls from poor families in the plantations supply the demand for labor in cities.  Hence, many illegal agencies have been created, which kidnap girls from poor plantations through lies and trickeries and sell them to richer families in the cities.

Somila, a 16 year-old girl from the Nahorani tea plantation in Assam, was one of these girls who were kidnapped. The kidnappers lied to her about the life that they could provide her in the city, promising her an office job. Although Somila was an intelligent girl, she was naively persuaded by the trafficker and had thus gone missing from her neighborhood. It was only three years later that Somila returned home, through the help of BBA (Bachpan Bachao Andolan), or Save the Childhood Movement. After the rescue, Somila described the physical, emotional, and sexual abuses she endured in her experience being enslaved under the title of a “housemaid.”

BBA is a movement started by Kailash Satyarthi 34 years ago. The movement aims to rescue girls like Somila, who were unlawfully taken away from their families to be sold into the city. However, the work is more dangerous than what the goal entails, as the traffickers work like “mafias,” resorting to violence toward whatever and whoever may threaten their business. Hence, two of the members of BBA have been killed, and many others have experienced severe beatings. Despite such harsh conditions, the movement has so far managed to rescue around 2,600 children, although it is believed that Delhi itself has more than 100,000 young people in domestic slavery.