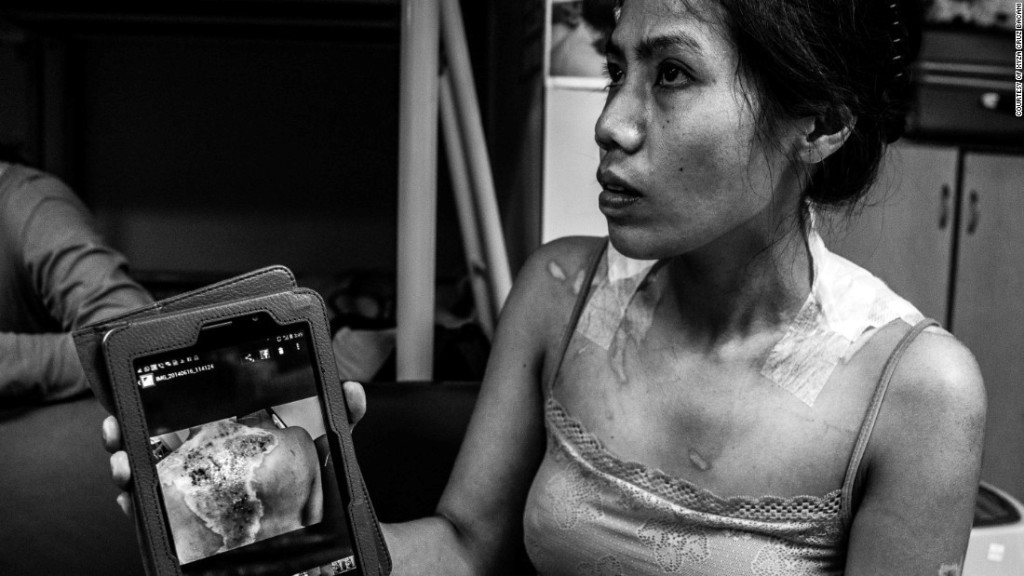 Xyza Cruz Bacani has been working as a maid in Hong Kong for over a decade in order to provide for her younger siblings’ education. Domestic service is not uncommon in this city, as it houses around 330,000 workers in the field. Most of these maids are foreigners coming from poorer countries, such as the Philippines or Indonesia, in hopes of earning enough money to support their families back home.

However, what makes Bacani noteworthy are her photographs, which publicize what she calls “modern slavery” in the domestic sector of Hong Kong. Bacani mentions that she was lucky enough to work under a nice boss, who even helped to enter her photographs into the Magnum Program. Through the program, Bacani was able to earn a scholarship to study at New York University. Bacani’s black and white photographs speak of the abuse experienced by foreign domestic workers in Hong Kong, who receive very little pay for terrible working conditions. Many maids in Hong Kong are expected to work up to 19 hours a day, while not receiving proper care. Many others are even beaten and/or neglected when hurt.

By publicizing the abuse through her photographs, Bacani hopes to empower other victims and bring attention to their situation. Because many victims dread the chance of deportation or becoming fired, they are hesitant to expose the exploitations they experience. Even the Chinese government’s policies, which outline the minimum wage and accommodations migrant workers should receive, are not effective, as many domestic employers do not abide by them. However, Bacani’s efforts to help the victims have been successful in stirring up awareness about the situation that has oftentimes been ignored. Bacani describes her future aims by saying that she hopes her work can “change people’s perspective on domestic workers and help end this modern slavery.”