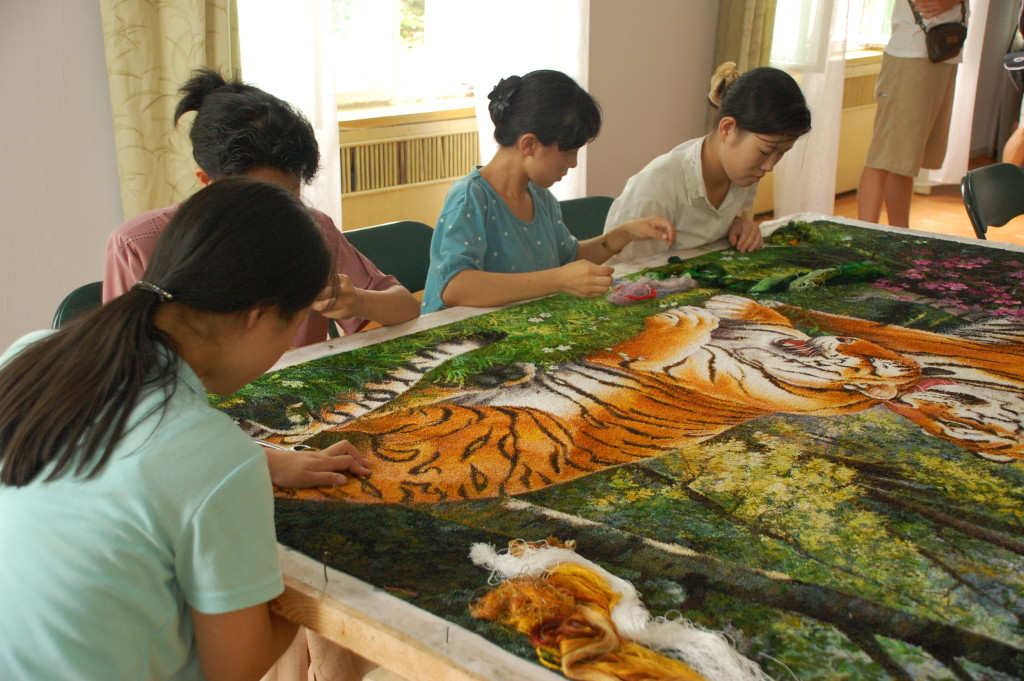 The North Korean government is conducting state-sponsored trafficking of its citizens and claiming that it is a way to “generate new income.” Citizens are forced to do manual labor in other countries while the North Korean government appropriates most, if not all, of their wages. According to Scott Snyder, a senior fellow for Korea studies at the Council on Foreign Relations, state-sponsored trafficking has become an emerging issue.

In both April and May of this year, the North Korea Economic Institute of America and House’s Tom Lantos Human Rights Commission met in Washington D.C. to discuss this issue at hand. As a nation, North Korea has been repeatedly ranked as the world’s worst human rights abuser by luring roughly 60,000 citizens to work in laborious industries (mining, logging, restaurants) in over 40 countries including Russia, China, Mongolia, Africa, central Europe, and the Middle East. Victims enter into work with guarantees of receiving wages, whereupon the North Korean receives a profit of more than $2 billion US dollars without the workers’ consent. Robert King, special envoy for North Korea Human Rights Issues at the State Department, stated that those who try to escape or complain risk retribution toward themselves and their family.

Snyder expressed that the increase in trafficking was a method used to obtain foreign exchange. North Korea has sustained itself in the past through illegal acts such as drug trafficking and counterfeit weapon sales, although revenues from those customs have declined.

Lim II, a defector, told the Lantos Human Rights Commission that he was a state employee in North Korea, but went to work in a construction company in Kuwait. There, he was forced to work 14-hour days under strict surveillance with two days off per month. He believes that he was a slave laborer. When he escaped to the South Korean embassy, he discovered that all of his wages had gone into the Office of the Worker’s Party, which regulates foreign currency. The Database Center for North Korean Human Rights reported that the money generated from export laborers overseas was delegated to Kim Jong-Un’s personal fund.

The United States and the international community are having difficulty tackling this issue. The biggest problem is that most of trafficking from North Korea occurs in China and Russia. This limits the exposure of victims to countries that would report illegal activity and challenge the North Korean Government. Officials contemplate whether or not to approach trafficking from a sanctions perspective or a human rights point of view. Snyder stressed that the international community is needed to address this problem, where “the best way of doing that would probably be to make this an issue” for countries North Korea makes transactions with.